NEW YORK, NY (March 30, 2015) —  More than three-quarters (76%) of brand marketers consider programmatic buying in mobile advertising to be an important development, but despite this enthusiasm, relatively low numbers of marketers are currently purchasing ads programmatically, according to a new study commissioned by the Interactive Advertising Bureau’s (IAB) Mobile Marketing Center of Excellence and conducted by Ovum. This research, a holistic look at marketers’ views of mobile, updates 2013’s “Marketer Perceptions of Mobile Advertising” survey. Based on the responses of 200 top-level brand marketing executives, the new figures show that two in five (41%) marketers agreed that mobile programmatic advertising would help them reach their target audiences. However, only 27 percent of marketers in total are actually buying inventory in this way, with 18 percent using private exchanges and 17 percent using open exchanges (some use both).

“It is clear that programmatic advertising is strongly embedded in the minds of many mobile marketers,” said Anna Bager, Senior Vice President, Mobile and Video, IAB. “However, there is still much work to be done before mobile programmatic can reach its full potential. IAB is committed to educating mobile marketers about the benefits of this growing format and, towards that end, recently released a Mobile Programmatic Playbook. Our efforts on the mobile programmatic front have only just begun, and we look forward to increased adoption as familiarity improves.”

The report also spotlights another development of interest to brand marketers – advertising opportunities with new-generation connected devices. Connected TVs generated the most enthusiasm (73%), followed closely behind by connected cars (69%), and wearables (66%), mobile marketers that rate themselves as fairly or very experienced at mobile seeing even greater potential for these new platforms (80% connected TVs vs. 78% connected cars vs. 75% wearables).

Strong increases in mobile advertising budgets have been a consistent bellwether of marketplace growth over the past two years, with the latest study showing 65 percent of marketers spending more on mobile over that period, 9 percent increasing their mobile budget by over 50 percent.

The 2014 survey also asked about sources of mobile ad budgets. While a large share of mobile ad spend represents new ad dollars, about one-third came from substitution, in which funds from other media were shifted to mobile advertising. Most widely cannibalized were print budgets, with 58 percent of respondents saying they had shifted funds from this area to mobile advertising. Other budgets affected by mobile ad substitution include:

Respondents were also asked to identify the major challenges facing mobile advertising, and the results suggest that privacy issues are becoming a growing concern. This year, 37 percent of those surveyed cited privacy as a very important issue compared to 22 percent who said the same in 2013. Rounding out the top five most important/very important mobile concerns were:

“With mobile taking a more prominent role in consumers’ lives each year, an uptick in marketers’ potential concerns surrounding mobile privacy is no surprise,” said Mike Zaneis, Executive Vice President, Public Policy, and General Counsel, IAB. “The IAB is in full support of the Digital Advertising Alliance’s work on this front. Its recent release of new user-friendly tools for mobile choice and transparency brings new level of consumer control to the fast-growing mobile medium.”

The study was released at the IAB Mobile Marketplace conference in New York City. To view the full “2015 Marketer Perceptions of Mobile Advertising” survey, visit here.

Methodology
The survey is based on a quantitative primary research program conducted by Ovum with 200 US organizations that use mobile advertising, which was fielded during December 2014 – January 2015.

The survey only included companies active in mobile advertising and respondents to the questionnaire were marketing executives with either:

About the IAB
The Interactive Advertising Bureau (IAB) empowers the media and marketing industries to thrive in the digital economy. It is comprised of more than 650 leading media and technology companies that are responsible for selling, delivering, and optimizing digital advertising or marketing programs. Together, they account for 86 percent of online advertising in the United States. Working with its member companies, the IAB evaluates and recommends standards and practices and fields critical research on interactive advertising. The organization is committed to professional development, elevating the knowledge, skills, and expertise of individuals across the digital marketing industry. The IAB also educates marketers, agencies, media companies and the wider business community about the value of interactive advertising. Founded in 1996, the IAB is headquartered in New York City. 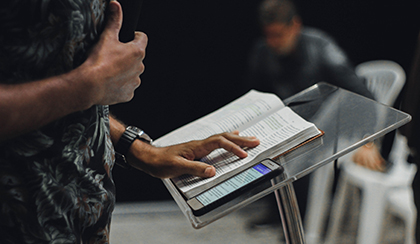