“Dennis has unparalleled expertise in building businesses around the types of groundbreaking products and services that the IAB Tech Lab is developing for the industry,” said Randall Rothenberg, President and CEO, IAB. “His direction of the IAB Data Center of Excellence, guiding its work in consumer/device identifiers and data quality, is case in point. He is the ideal candidate to advance the critical Tech Lab initiatives launched by Alanna and to lead the creation of new global technical solutions that will promote a transparent, safe, and efficient digital marketing supply chain.”

Dennis Buchheim has worked in digital advertising since 2002. He joined IAB from Yahoo, where he served as Vice President of Product Management, leading product management for programmatic and premium advertising, targeting, measurement and insights, and trust and safety. Earlier, he was at Microsoft, where he initially focused on distribution of advertising and web search products to new partners and Microsoft properties. He was later promoted to be GM of Display Monetization, then took on product management of Microsoft’s ad exchange and ad network, and finally led program management for display advertising overall. His first role in advertising was as GM of Inktomi’s paid inclusion business, which he helped to expand after Yahoo acquired the company. He then moved on to lead product marketing for Yahoo/Overture partners. Prior to entering the ad space, Buchheim designed and developed consumer and enterprise software products at industry stalwarts Apple and Oracle, led engineering for startup Actioneer, and co-founded and led product management and marketing at iHarvest, which was acquired by Interwoven for its award-winning tools for capturing, annotating, and sharing web content.

“Since its inception three years ago, the IAB Tech Lab has been at the forefront of building tech standards and guidelines that benefit the entire interactive ecosystem,” said Buchheim. “Technical solutions will be vital in sustaining the health of the digital marketing landscape, whether focusing on improving user experience or rooting out ad fraud. I look forward to working alongside the IAB Tech Lab’s membership from around the world, which includes brand marketers, media agencies, publishers, and ad technology firms—stakeholders coming together to build consensus around tech that will drive the future of digital advertising.”

A graduate of Brown University, Buchheim holds BA degrees in computer science and business economics. He will be based at the IAB West Coast office in San Francisco.

The IAB Technology Laboratory is an independent, international, nonprofit research and development consortium charged with producing and helping companies implement global industry technical standards. Comprised of digital publishers and ad technology firms, as well as marketers, agencies, and other companies with interests in the interactive marketing arena, the IAB Tech Lab’s goal is to reduce friction associated with the digital advertising and marketing supply chain, while contributing to the safe and secure growth of the industry. The organization’s governing member companies include AppNexus, Extreme Reach, Google, GroupM, Hearst Magazines Digital Media, Integral Ad Science, LinkedIn, Moat, Pandora, PubMatic, Sonobi, Tremor Video, and Yahoo! JAPAN. Established in 2014, the IAB Tech Lab is headquartered in New York City with an office in San Francisco. 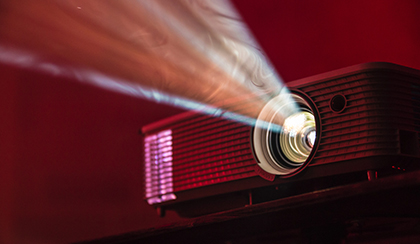