IAB’s Audio Leadership Gathering (ALG) is the must-attend event for senior leaders across the digital audio and podcasting space.

This event is invite-only for participants across the marketing, media, agency, and technology industries.

The IAB Audio Leadership Gathering elevates core challenges facing the audio industry, identifies the most important and impactful trends in audio, and will explore the implications of changing technology.

Important: All attendees will be required to show proof of vaccination and comply with IAB’s Event and COVID-19 Policy and Code of Conduct. Conal Byrne is the Chief Executive Officer of the iHeartMedia Digital Audio Group, which includes the company’s fast-growing and high-profile podcasting business and #1 podcast publisher globally according to Podtrac, as well as the industry-leading iHeartRadio digital service; the company’s digital sites, services, newsletters and programs; and its digital advertising technology companies, including Jelli, RadioJar, Unified, Voxnest and the recently-announced Triton Digital acquisition, upon its completion.

Prior to joining iHeartMedia, Byrne was President and CEO of Stuff Media, Inc., home of the incredibly popular HowStuffWorks (HSW), which pioneered the podcast space with leading shows including “Stuff You Missed in History Class” and “Stuff You Should Know.”  Byrne joined iHeartMedia when the company acquired Stuff Media in October 2018.  Prior to Stuff Media, Byrne served as Senior Vice President of Digital Media for Discovery Communications, where he ran digital for all of Discovery’s U.S. networks’ sites and social platforms and led the launch of Discovery VR. Ryan Seacrest is a creative entrepreneur and holds preeminent positions as a host and producer in nationally syndicated and local radio, as well as broadcast and cable television.

As an entrepreneur Seacrest has a burgeoning lifestyle enterprise, which includes a menswear collection, Ryan Seacrest Distinction, and a men’s skincare line, Polished by Dr. Lancer, in partnership with renowned dermatologist Dr. Harold Lancer. He has also several investments in media and technology companies including Headspace and ATTN:, among others.

His philanthropic efforts include serving as chairman of the Ryan Seacrest Foundation (RSF), which has opened 11 broadcast media centers – Seacrest Studios – in pediatric hospitals in cities across the country. He also serves on the board of the Los Angeles County Museum of Art (LACMA) and as honorary chair of the Grammy Museum Foundation. 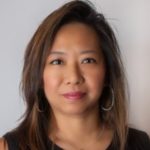 A seasoned executive with 24+ years of digital media, marketing and operations experience, Angelina Eng has focused her career on supporting agencies and brands to define, build and manage digital media and marketing efforts while enabling teams to operationally work efficiently and effectively with both internal and external partners and platforms. She’s been responsible for the development and management of internal systems and workflow, establishment of deliverable standards, designing ad trafficking and tracking guidelines, implementation of emerging platforms, as well as establishing best practices at companies such as Morgan Stanley, Merkle, Dentsu Aegis and Publicis Modem.

Over the years, She has been involved with multiple organizations and events to help define, establish and advocate some of the industry standards that we see in today’s digital media ecosystem (such as ad verification/brand safety, ad fraud, viewability and programmatic, social, etc) 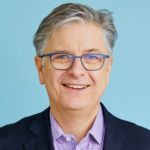 Eric John leads the IAB Media Center, a dedicated unit within the IAB whose mission is to simplify the video and audio supply chain, providing best practices and education for brands, agencies, and media companies. Eric drives the center’s efforts in the development of market-making research, industry standards, best practices and buyer/seller terms and conditions. Before joining the IAB, Eric served as VP of Digital Services and Strategy at the Alliance for Audited Media and as Global Director of Publisher / Developer marketing at Nokia, managing the company’s world-wide mobile app developer ecosystem. Prior to Nokia, Eric launched and led advertiser brand engagement solutions for Yahoo!, creating advanced, data-driven video, mobile and interactive campaigns for brands such as Pepsi, L’Oréal, GM, Audio and Nikon. Eric began his career at internet advertising pioneer DoubleClick (Google) where he led product development and marketing within the DART for Publishers (DFP) and DART for Advertisers (DFA) business units where he launched the industry’s first post-click measurement tools. Eric is an alumnus of Miami of Ohio (BA) and Indiana University (MA) and is a graduate of Columbia University’s Product Management Program. Hilary Ross is the vice president of podcast media for Veritone One. She has nearly a decade of experience in advertising and is a podcast aficionado. She leads Veritone One’s team of podcast buyers and frequently provides guidance to partners and podcasters on topics including growth tactics, sponsorship models, podcast timing, show length, ad unit innovation, and monetization. When she is not thinking about podcasts, Hilary enjoys exploring new hiking trails in Los Angeles, where she lives with her husband, pet cat, and goldfish. 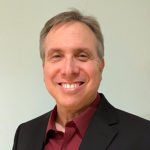 Matt Shapo is the Director of Digital Audio and Video in the IAB Media Center where he serves as the IAB’s subject matter expert focused on all things audio and drives the center’s efforts to develop market-making research and best practices in the digital audio space. He works in close collaboration with members of the IAB Audio Committee and Audio Board, the IAB Tech Lab, and industry stakeholders in the publishing, creator, and ad tech communities to optimize frameworks for buyers and sellers of digital audio advertising to engage with consumers. Before joining the IAB, Matt served as VP of Digital Content for the All Access Music Group, a music marketing company and audio industry news publisher where he planned and led advertising, editorial, and other growth initiatives for AllAccess.com, a B2B website that delivers breaking news, data, and commentary to an audience of audio content creators, sales leaders, and programming executives. Matt holds a B.A. in Political Science and International Relations from Tufts University and an M.F.A. in Radio, TV, and Film Production from Florida State University. Troberman leverages the company’s extensive range of content, experiences and technologies to bring brands together in new ways with consumers across all of the company’s businesses, iHeartMedia’s 859 radio stations and iHeartRadio. Troberman is a marketing innovator and visionary. Prior to iHeartMedia, she served as Chief Marketing and Ideas Officer for IPG Mediabrands; before that, she spent 16 years at Microsoft, first launching Internet startups and building the first branded entertainment team online, and then as their Chief Creative Officer, overseeing their portfolio of brands and global advertising campaigns across consumer and business-to-business products, including Windows, Office, Bing, and XBOX. 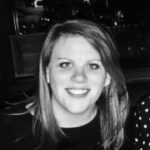 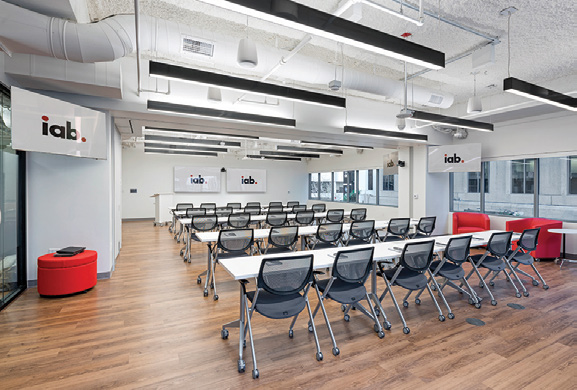