IAB BOARD OF DIRECTORS ELECTS OFFICERS

Founded in 1996, the IAB is dedicated to promoting the use and effectiveness of online advertising and helping advertisers and their agencies maximize the value of online marketing initiatives. IAB activities designed to foster the growth of online advertising include evaluation and recommendation of standards and practices for Internet advertising; sponsorship of research to document the effectiveness of the online medium; and the Internet Advertising Revenue Reporting Program, which benchmarks industry growth by providing industry revenue totals based on data collected directly from companies engaged in selling Internet advertising.

Mr. LeFurgy has served as acting chairman since the group’s inception last June. His responsibilities include setting strategic priorities for the association in conjunction with the Board, overseeing the IAB’s core activities and acting as primary spokesperson. Recently, LeFurgy indicated the IAB’s top priority in 1997 will be sending wake up calls to the advertising agencies and advertisers who are passing on Internet advertising opportunities.

As Vice-Chairman, Mr. Schiller will oversee the IAB’s Industry Issues Cabinet, formed to keep members and the industry appraised of the IAB’s position on important Internet advertising issues.

Currently, the IAB represents more than 160 members including the leading Web sites and online services and the organizations that actively support advertising sales activities such as measurement companies, research suppliers, traffic companies, and technology and service providers. 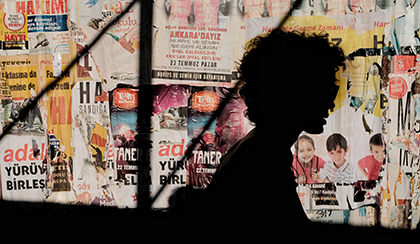