This year’s most prestigious IAB MIXX Award—the Best-in-Show prize—went to The Coca-Cola Company and Leo Burnett Sydney and Chicago for their “Small World Machines” campaign, which set out to unite people in India and Pakistan in a moment of happiness. Placing special touchscreen vending machines with screening and filming capabilities in each country, Indian consumers were filmed purchasing a Coca-Cola, while simultaneously watching an image from a similar machine in Pakistan, and vice versa. During the three-day campaign, more than 10,000 attendees put aside their differences and became part of the live event, creating a multitude of connections across the border. “Small World Machines” became the most shared story in the history of coca-cola.com, proving Coke’s brand value that what unites us is stronger than what sets us apart.

The finalists and winners were honored at the 2013 IAB MIXX Awards Gala at the Crowne Plaza Hotel in New York City, which is held at the conclusion of the preeminent two-day IAB MIXX Conference & Expo during Advertising Week. John Hodgman, renowned TV personality, author and comedian hosted this year’s gala.

Digital advertising pioneer Brad Brinegar, Chairman and CEO, McKinney, and Founding Chairman of the IAB Agency Advisory Board, led this year’s IAB MIXX Awards judging panel. Brinegar guided the judging among the awards’ luminary lineup of 31 cross-industry panelists, which included leaders from throughout the world of advertising.

“Congratulations to all the winners and finalists for the superlative work celebrated by the IAB MIXX Awards this year,” said Randall Rothenberg, President and CEO, IAB. “Once again, the boundaries of creativity, innovation and artistry have been redefined. These digital campaigns exemplify interactive marketing excellence, expanding the power, scope, impact and results that digital can bring to brands across the marketplace.”

“The brands, agencies and creative innovators featured in this year’s IAB MIXX Awards program offered us a dazzling view of digital marketing ingenuity,” said David Doty, Executive Vice President and CMO, IAB. “The campaigns the judges reviewed formed one of the most dynamic and eye-catching field of competitors in years.”

The award winners were chosen from a robust group of 106 submissions across 31 unique categories from 7 countries—eclipsing the total nominees from the 2012 awards.

“In the unparalleled Oscars of digital advertising, the IAB MIXX award medalists surprised, delighted, wowed, and endlessly engaged us across multiple platforms, screens, devices and styles this year,” said Brinegar. “From advertising for Coca-Cola to eBay and BMW to HBO’s ‘Game of Thrones,’ I and all judges were enthralled and impressed by the energy and potential of the creative engines throughout our industry.”

To view the complete gallery of 2013 IAB MIXX Award winners, go to iab.com/mixxawardsgallery.

About the IAB MIXX Awards
Founded in 2005 to honor creativity and effectiveness in interactive advertising, and recognized as the benchmark for best-in-class campaigns and embodying leading-edge innovation, IAB MIXX Award-winning work inspires and educates the marketplace about the power to build brands digitally. Because only the best-of-the-best go home with a coveted IAB MIXX Award, the collection of work creates a valuable platform that furthers the IAB mission to educate the broader advertising and marketing industry about the powerful impact interactive has on the overall marketing mix. To see the complete gallery of past award-winners, please visit iab.com/mixxawards/#pastwinnersgalleries 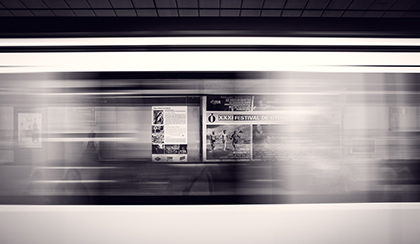