It emphasizes on better user experience, faster load performance and non-disruptive ad content based on the following principles:

Blog Post: What does it mean to be LEAN?

The IAB New Ad Portfolio replaces all the previous creative display guidelines for mobile and desktop – including the Universal Ad Package (UAP), rich media units, and other ad units’ related guidance. Streamline design and cross-screen production in this mobile world: Start transitioning your creative and ad placements to the new flexible ad units!

The new ad units are based on aspect ratio and size range rather than fixed pixel sizes. Flexible sized ad units allow for ad delivery across multiple screen sizes and integration with responsive website design. The creative design can scale to different screen sizes.

Our working group has prepared these final portfolio guidelines along with some transition guidance and frequently asked questions, based on all the feedback received on the draft of the technical specifications and some extensive testing.

The Interactive Advertising Bureau released a complete overhaul of the IAB Standard Ad Unit Portfolio, updating its digital ad formats to adapt across screens, and to incorporate the LEAN Principles of lightweight, encrypted, AdChoices supported, and non-invasive advertising. 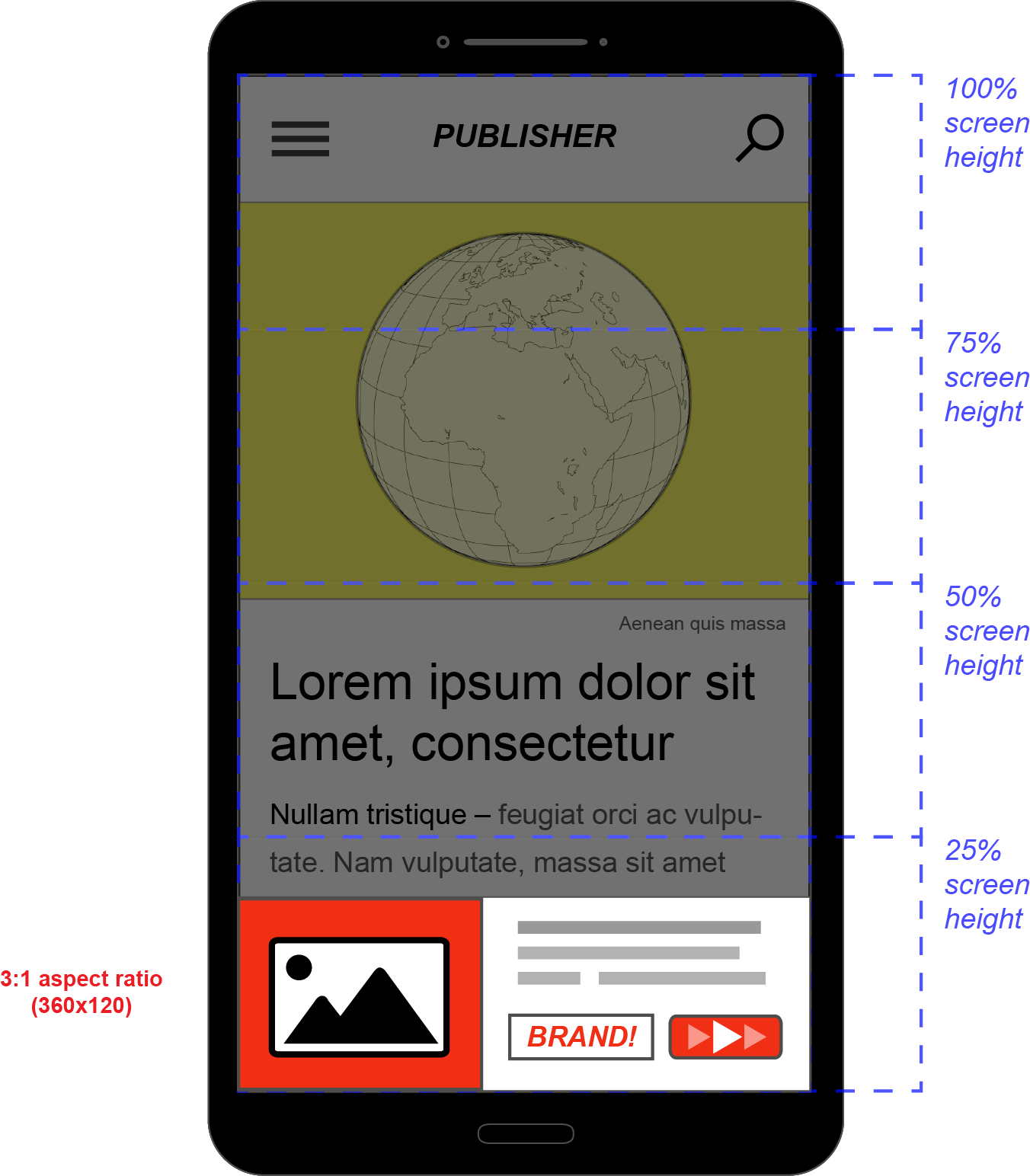 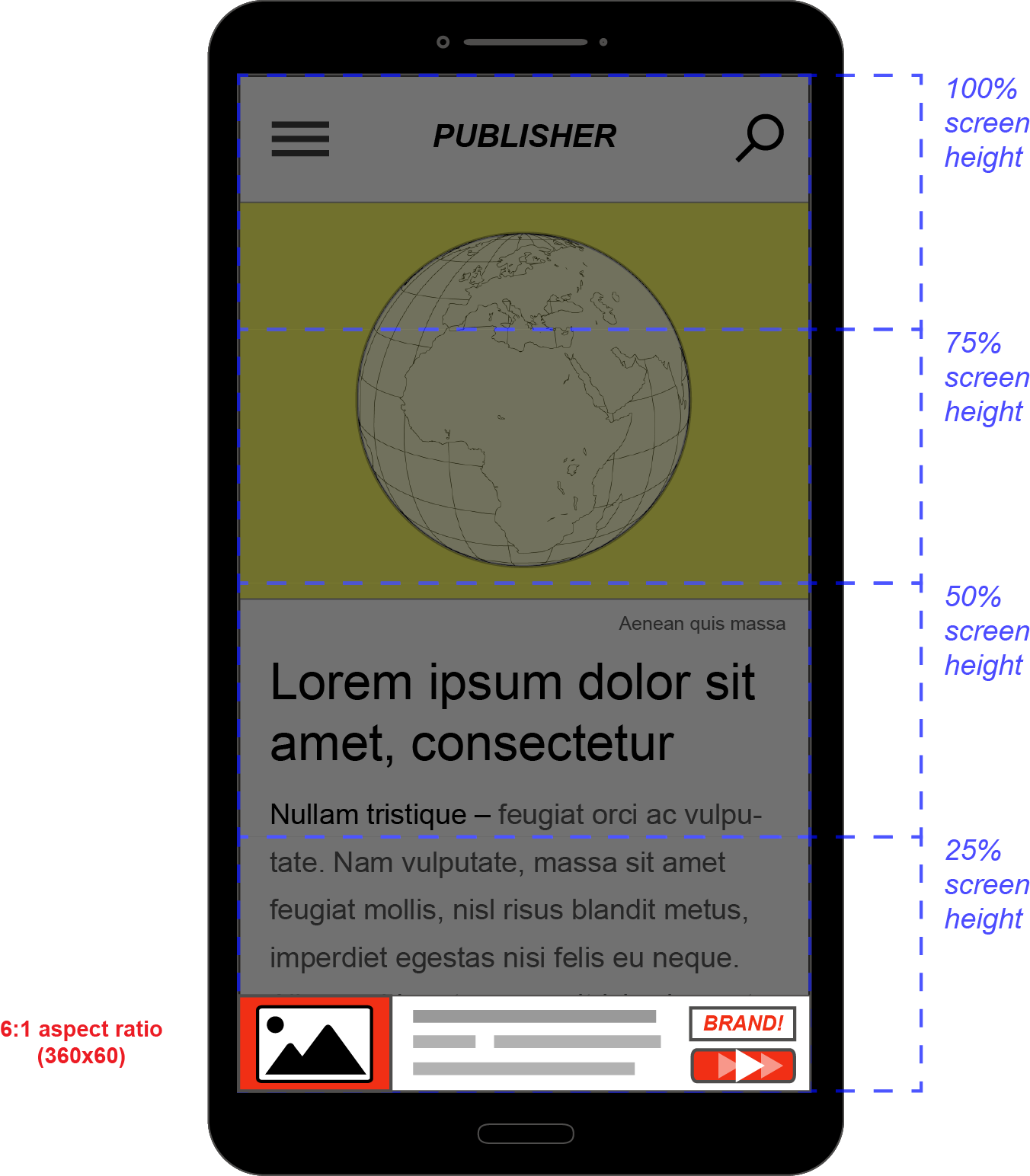 Example of an augmented reality ad

In a partnership with Spotify, Coca-Cola turned its Coke cans into digital jukeboxes playing the most recent chart-topping songs with Blippar. Users could interact with the cans by pointing their mobile phone at the Coke can and activating the augmented reality experience.

Example of a 360-degree image ad

360-degree images can create immersive content to engage users. View an example of mobile travel with PostTapGyro and JetBlue.

Example of a VR 360-degree video

Experience a 360-degree video ad example from the promotion of The Conjuring 2 Visions horror movie, produced by Immersv.