An Advertiser Playbook For The Rise Of Streaming

The numbers are in. According to IAB’s Internet Advertising Revenue Report (with PwC): “Digital video experienced the greatest increase (20.6% year-over-year) in advertising revenue growth, generating $26.2 billion in 2020.”
These numbers may not be that surprising. After all, most people spent 2020 with a remote in one hand and a mobile device in the other due to the COVID-19 pandemic.

One thing is clear: as CTV reaches scale, the future of the TV landscape is taking shape.

As we head into the 2021/2022 buying season, what should advertisers know?

The one thing we have heard consistently from brands and agencies is that the supply is simply no longer there in linear TV. Advertisers wanting to reach their target audiences must consider ad-supported streaming services.

The pandemic accelerated the rise of streaming, condensing years of evolution into just a few months. There is no going back.

According to Nielsen, as of January, over a third of U.S. households with streaming capability have watched ad-supported streaming services. According to Magna, streaming content viewed on a connected television will grow 32% reaching $5.0bn in advertising sales in 2021 and $9.1bn by 2025.

From inside the industry, streaming is transforming the video landscape. However, ordinary folks don’t think of themselves as streamers or linear watchers. It’s all TV. As viewers, we simply watch what we want to watch.

The industry needs to catch up to where viewers and audiences have been for a while. In order to succeed in scaling the digital future of television — opening the video marketplace to advertisers beyond the 200 that dominate national TV — we need to create more interoperability, superior consumer ad experiences and more collaboration.

Doing that requires intelligence about who else the brand is reaching on other channels and how much more they are able to sell as a result of moving from one platform to another.

These are the questions that can now be answered at scale as more and more video watching migrates toward CTV (enabled by impression-based currency and measurement adoption).

Future Transactional Models Will Be Increasingly Omni-Channel, Audience, and Ecommerce-driven

COVID-19 has been a forcing function for change in consumer mindsets, behaviors, and media consumption. As consumer demands have shifted, businesses of every type have either adapted or failed.

All these changes brought a common focus: the need to meet people’s real-world expectations more quickly and holistically.

Even as the economy begins to turn around and we emerge from the pandemic, some things won’t snap back.

We can expect that streaming of nearly every media type will continue to grow as connected consumer behavior drives successful companies’ growth strategies.

Convenience — whether it be purely digital or hybrid “click and collect” experiences — will remain at the core.

Selling direct to consumer through multiple channels has taken on new urgency for every advertiser, brand, and publisher, along with a focus on first-party data and designing products, services, and business around how people live and consume media.

These things play to the strengths of streaming video — which as natively digital services, are all about direct engagement with consumers and the brands that advertise in them.

We are entering one of the most pivotal video-buying seasons in history, whether that video is linear or digital.

Streaming is poised to make significant gains. What happens in the next few weeks will necessitate industry collaboration, invention, and a reminder that the consumer is increasingly streaming their video day and night. 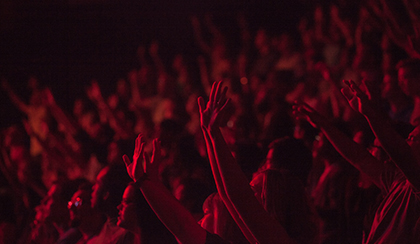