Exploring the Spectrum of Automation in Programmatic Video

As Bob Dylan once famously observed “There is nothing so stable as change.” In the world of advertising, change has certainly been a constant, especially in the realm of programmatic, where evolution and complexity seem to go hand in hand, fueled by a marketplace continually seeking greater efficiencies. Despite the official IAB definition of programmatic as “the automated buying and selling of inventory,” confusion remains when programmatic is discussed, especially in relation to video in the advertising marketplace.

IAB’s Digital Video Board saw in this confusion an opportunity to shed light on the programmatic video space for both media buyers and sellers through the development of a whitepaper, representing a wide range of viewpoints and perspectives across the video ecosystem. Given the growth of programmatic video–which eMarketer estimates will make up more than half of all US-based digital video revenue in 2016–the stakes are high.  The goals of the paper are to foster an understanding of programmatic video, to help the buy side and sell side have more meaningful conversations, and, as a result, to better enable the market to collectively leverage the emerging technologies, scale, and efficiencies that programmatic video can bring to bear.

The document also serves as a counterpoint to the common perception of programmatic as a single entity. The reality, as the paper points out, is much more nuanced as programmatic video is actually made up of degrees of automation that are dependent upon the specific monetization architecture that is being used. Each platform, from desktop and mobile to OTT (Over the Top) and linear TV, is discussed with regard to its particular automation capabilities throughout the buy/sell process.

Perhaps the biggest takeaway, though, was that programmatic video solutions can differ widely depending on business context and media channel.

To help map the programmatic video landscape, the paper offers a variety of use cases and scenarios, illustrating by platform where automation is readily available, where it’s beginning to find traction, where it’s not, and why (see diagram).

For instance, some publishers are wary of adopting network or exchange-based programmatic selling for some inventory types–such as OTT and linear TV—and may therefore prefer direct-sold and upfront models to better control pricing, manage ad yield and satisfy specific buyer demands. Indeed, the majority of linear TV transactions are performed today via traditional direct-sold models. Apart from some of these select, limited availability video formats, the motivations for transacting programmatically across other channels are fairly consistent, including:

Over time, as programmatic video matures, we expect there will be fewer and fewer differences between platforms from a targeting, forecasting, and transactional perspective and, in the future, the term “programmatic” may not even be necessary. It will simply be video, bought and sold in screen-agnostic fashion, informed by data with automation at its core. Until then, IAB and the Programmatic Video Working Group hope that this paper will help reduce confusion in the marketplace and serve as a framework for decision making for buyers and sellers. While the current conversations around programmatic tend to be focused on workflow and plumbing, ideally as new efficiencies are found and resources freed, we hope to see additional attention focused on issues such as the user experience and how to make cross-screen storytelling with sight, sound and motion ultimately more effective and relevant for consumers.

As EVP of Industry Initiatives at IAB, Anna Bager spearheads the strategic oversight of the digital media and marketing industries’ most vital and fastest growing platforms which include mobile, digital video, audio, measurement, and data. Under her leadership, she brings together and drives growth for three of the organizations’ paramount centers of excellence: The IAB Mobile Center, representing the mobile marketing, advertising, and media marketplace; The Digital Video Center, encompassing Advanced TV, OTT, and The Digital Content NewFronts, and The Data Center, developing consumer identifiers, data quality, industry benchmarks, and tools for data activation and automation. She is a driving force in building a one-stop shop for producing thought leadership, innovation, research, and best practices for these thriving industries.

Prior to joining the IAB, Bager was heading business intelligence at Ericsson Multimedia and head of research at Ericsson’s Business Consulting unit. Earlier, she was Research and Consulting Manager for IDC EMEA. Anna has received numerous accolades throughout her career, including being named “Most Important Women in Mobile Advertising” for Business Insider, and one of the “Top Women in Media” by Folio Mag for the past consecutive five years. 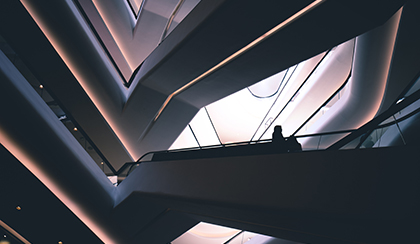