78% of Media Buyers Found New Opportunities at Newfronts; 70% Predict TV Dollars to Shift to Digital Within Next 12 Months

NEW YORK, NY (August 8, 2013) — One in three buy-side attendees of the 2013 Digital Content NewFronts say the internet ad industry marketplace positively impacted their plans for digital video advertising buys, with 78 percent stating that they walked away from the weeklong series of powerhouse presentations with at least one new opportunity for their company or a client. Seventy percent of agency and marketer attendees also said they think it is likely that buyers will shift more budget away from television and into digital video over the course of the next year.

The 17 NewFronts presentations attracted approximately 5,000 attendees in total. Three-quarters of the survey respondents attended three or more events, indicating that the NewFronts are among the interactive industry’s most popular events.

“This year’s Digital Content NewFronts not only shined a spotlight on the depth and breadth of original online programming available in the marketplace – but also provided a pivotal turning point in the minds of many media buyers, who now grasp digital videos’ power and reach,” said Randall Rothenberg, President and CEO, IAB. “Presenters brought out major talent, and showcased comedy, documentary, news, reality, music, games, and services programming of such originality and impact that major advertisers realized they have to get involved.”

Rothenberg said the attendee survey is part of the IAB’s commitment to learn from this year’s NewFronts experience, and improve upon its success to create an even more robust event in 2014.

Another trend spotted in the NewFronts is increasing activity across media boundaries. Sixty-four percent of ad buyers with responsibility for multiple media platforms said they anticipated their “TV plus Digital Video” buys to increase over the next year.

Other key takeaways from the report include buy-side attendees requesting shorter event times at next year’s NewFronts (74%), as well as a dedicated NewFronts app with up-to-date schedules, info and more (63%).

To review more findings from the survey, please go to iab.com/newfrontssurvey.

Survey methodology was employed to collect information about the IAB-managed Digital Content NewFronts from presentation attendees. Lists were supplied by presenting companies.  Respondents qualified if they attended at least one event. As is the case with B2B surveys of large respondent pools, results are not necessarily projectable to the entire universe of attendees but reflect a cross section of attendees, a large majority of whom are senior executives who hold large TV and marketing budgets and are responsible for ad buying. 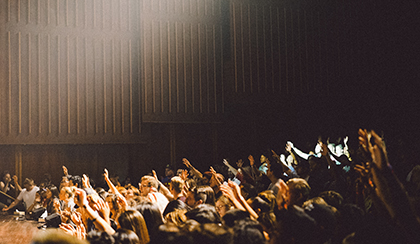